Betelgeuse fainting spell is finally over?

UPDATE - Feb 24, 2020: According to scientists using the University of Minnesota's 30 inch telescope, Betelgeuse's brightness in infrared wavelengths did not drop during this fainting spell. According to the details published in another Astronomer's Telegram (issue 13518), this indicates the recent fading was caused by something either blocking the star's light (ie: dust clouds) or by something going on in the upper atmosphere of Betelgeuse versus anything serious happening deep within the depths of the star that might indicate a supernova is imminent.

According to a recent update from the Astronomer's Telegram (issue 13512 - http://www.astronomerstelegram.org/?read=13512), it is clear that the decrease in brightness of Betelgeuse has stopped, and now it is increasing. This is based on photometry from the last two weeks or so that indicates Betelgeuse's visual magnitude has increased from it's lowest point of ~1.614 back up to ~1.575.

The interesting part is this isn't the first time that Betelgeuse has experienced a fainting episode. It actually happens fairly regularly with the last one in December 2018 - about 424 days ago - where it dropped 0.9 magnitude (this year the star faded by 1.0 magnitude). Based on the photometry records, this appears to happen regularly every 420-430 days. 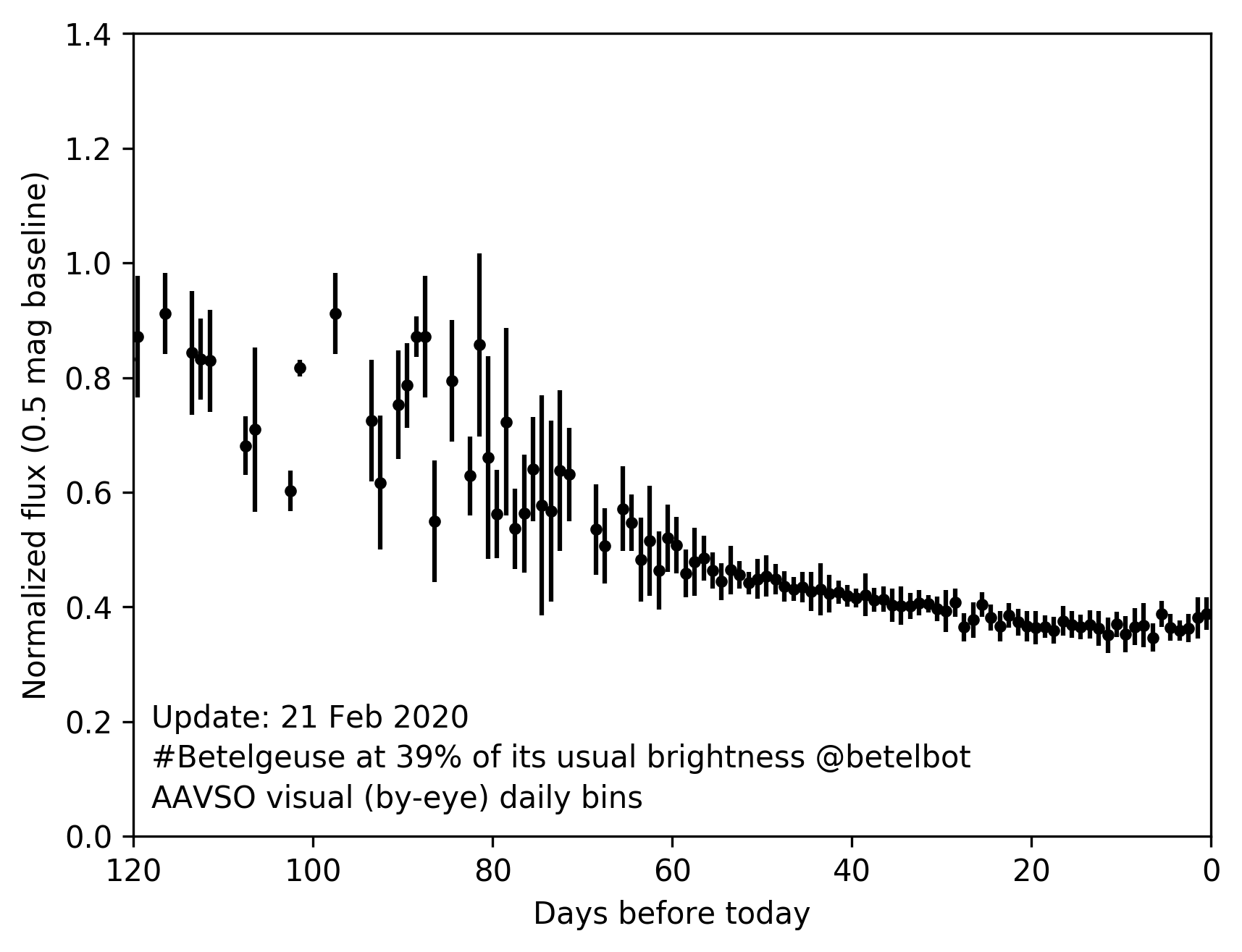 Additional observations during this brightening phase are needed to help astronomers understand the processes behind this dimming and perhaps to figure out what may happen next for Betelgeuse. You can take your own observations of Betelgeuse and track it's visual magnitude by comparing it to nearby Aldebaran. Check out this article by Sky & Telescope for more information:

You can also join the American Association of Variable Star Observers (www.aavso.org) and share your data with them.

Recent reports that the red supergiant was going to explode in a supernova are likely not accurate. Although that is probably the final destination for this beautiful star in the constellation Orion, it is doubtful it will happen anytime soon.